Uttering Violent Threats in the State of Oklahoma

In the heat of the moment, when emotional temperatures are running high and a situation is escalating, it is not hard to say something you really don’t mean. 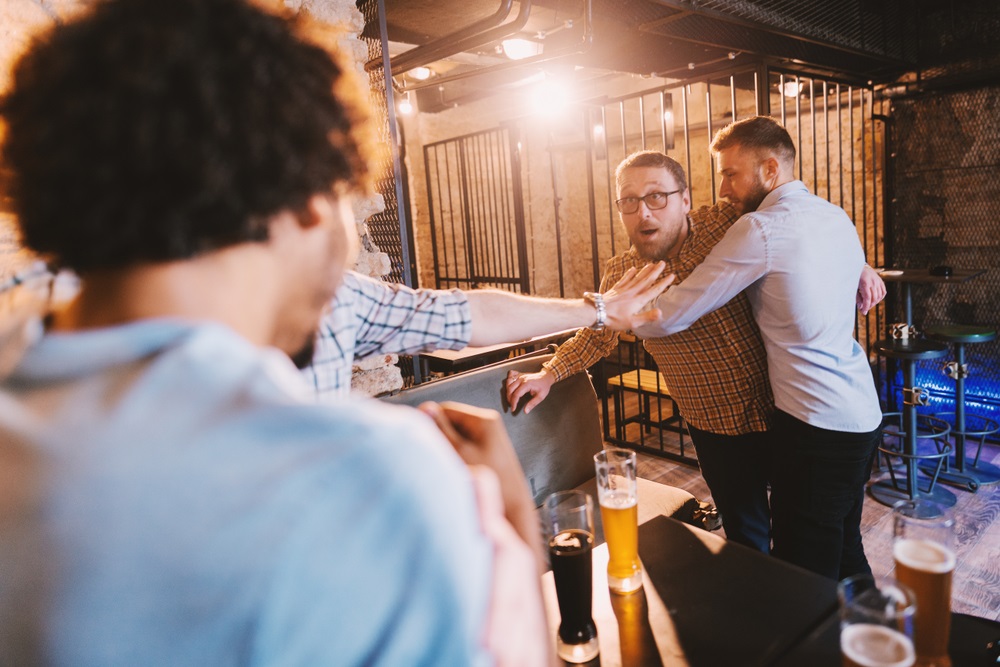 You don’t have to become involved in a physically violent altercation, to be exposed to significant legal problems as a result of uttering threats to another citizen in Oklahoma.

Oklahoma lawmakers understand that where there is smoke, there could be fire.  And there are many laws that provide penalties and significant legal consequences for uttering threats of violence or death that many citizens are not aware of.   In this article, we’ll explain what constitutes a legal threat against the safety of another individual and review the charges that can result from a violently verbal altercation.

Did you know that uttering a threat to harm someone in Oklahoma, even if you have no intention or plan to pursue physical violence, is enough to result in a criminal felony charge? You do not even have to be in the same room with the individual, and the threat can be by text, email, on social media, in a video or by any other method of communication.

A. Any person who shall attempt, conspire or endeavor to perform an act of violence involving or intended to involve serious bodily harm or death of another person shall be guilty of a felony, punishable upon conviction thereof by imprisonment for a period of not more than ten (10) years.

B. Any person who shall threaten to perform an act of violence involving or intended to involve serious bodily harm or death of another person shall be guilty of a misdemeanor, punishable upon conviction thereof by imprisonment in the county jail for a period of not more than six (6) months.

C. Any person who shall devise any plan, scheme or program of action to cause serious bodily harm or death of another person with intent to perform such malicious act of violence, whether alone or by conspiring with others, shall be guilty of a felony, punishable upon conviction thereof by imprisonment for a period of not more than ten (10) years.

What happens if you utter a threat of violence directed at an individual, to someone else who is not that person?  If you are sharing your frustration and utter any statement that sounds like you are creating a plan, scheme or intention to harm someone, with the thought of following through with a malicious act of violence, you are committing a felony act.

Furthermore, if you are discussing this potential violent action with one or more people, you can also face a conspiracy felony charge (even if the individuals you are speaking to have no intention to participate, encourage or facilitate the violent act against someone else).

It is human nature to become aggravated and emotionally frustrated at someone else.  What is important to remember is that no matter how angry you get, there are serious legal implications for uttering a threat of violence or death against another citizen.  There is no defense accepted for the action, and the legal system does not allow an excused incident if it has been reported.  Even if you are joking, statements like the following samples should never be shared regarding another individual:

In the majority of cases, there is no intention of physical violence behind uttering a threat.  But there is a high statistical correlation between violent incidents and escalating verbal threats, and law enforcement and the criminal justice system provide severe punitive repercussions for statements that imply action, or the planning or conspiracy to commit a violent act against someone else.

What to Do If You Have Been Verbally Threatened

Oklahoma has strengthened anti-stalking laws, and there are also legal provisions to administer action against any individual who utters threats of death, or violence against you, or a loved one.  We encourage everyone to take violent threats seriously and contact their local authorities to file a police report.

Victims of violent crimes may hesitate to file a report with the authorities, for fear of escalating the altercation between themselves and the assailant.  However, this process is very important as it can act as a deterrent.  If you file a police report, your assailant will know that you will take legal action, and in many cases, this is enough to abruptly end contact from the individual.

If a physically violent action happens against you from the assailant, having a prior police report about verbal threats is helpful to your case. It provides a benchmark on the behavior of the individual.  Simply trespassing on your property, stalking at a workplace or public place should all be documented and provided to law enforcement officials, after you have filed your initial report.

Protect your family and your safety, by taking all threats seriously and following through with the appropriate legal action.  And if you have experienced a personal injury after a physical altercation with a violent individual, contact us for a legal consultation.  In addition to criminal charges, and depending on the severity of the injury, you may be entitled to seek compensation for medical expenses, including emergency care, rehabilitation therapies, loss of income and more.