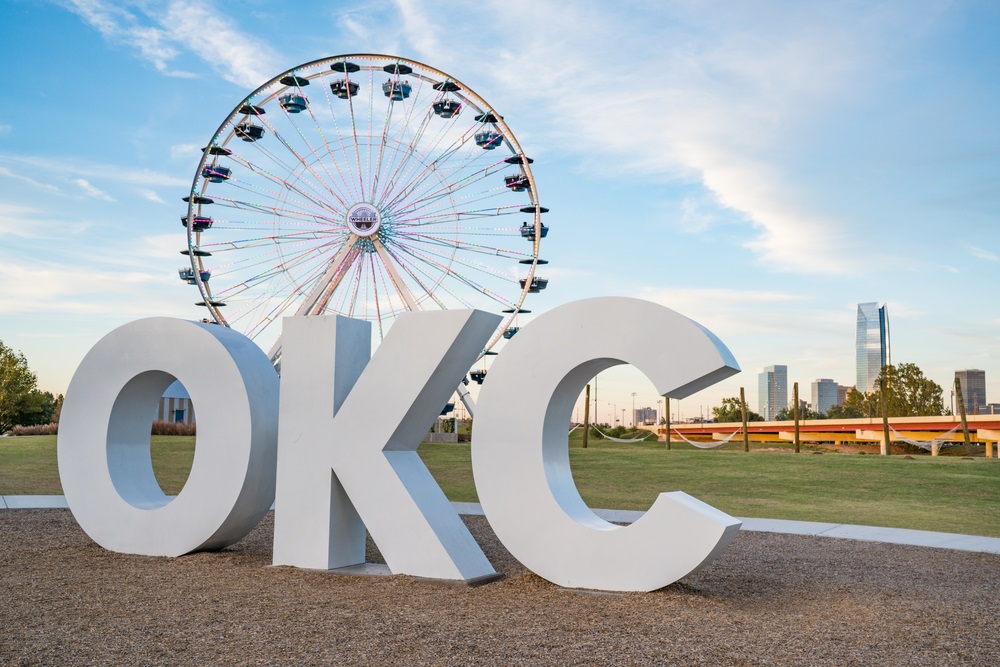 Oklahoma criminal law encompasses many complicated areas of law. If a person is convicted of a crime, they can be fined, given a sentence of imprisonment to be served in county jail or state prison, or given another penalty. This article explains the general lay of the land for criminal law in Oklahoma. If you have been arrested, or think you are about to be arrested for a crime, you should consult with an attorney about the specifics of your case without delay.

Misdemeanors are generally less serious crimes which normally are punishable by fines, penalties, forfeiture of property, or jail time of one year or less. People found guilty of misdemeanors can be fined up to $500, given a jail sentence, or given both a fine and a jail sentence.

Misdemeanors may include the following offenses: minor theft, first-time marijuana possession, and trespassing.

Felonies are more serious offenses, which usually involve physical force or violence. However, many drug possession or trafficking cases are also felonies, regardless of whether they involve force. Felonies typically are punishable by prison terms of over one year and can include life in prison or the death penalty. Many offenses have their own penalties under Oklahoma criminal law. However, if they do not have specific penalties, they carry a sentence of up to two years in prison, up to $1,000 fine, or both.

The following crimes are considered felonies in Oklahoma:

Most drug crimes are felonies in Oklahoma, including crimes like aggravated drug trafficking, trafficking, manufacturing, endeavoring to manufacture, and possession with intent to distribute. Simple possession of some substances can also be a felony offense. If you have been caught possessing methamphetamine and marijuana, or have driven under the influence of alcohol, you could be liable for a felony.

An Oklahoma criminal defense lawyer can help you determine your legal liability for felony charges.

The process of being charged with a crime is confusing. If you have been arrested, you should know the basics of how the criminal justice system works in Oklahoma.

Step one is arrest and booking. When a police officer takes you into custody, this is an arrest. When you are processed into jail, it is known as "booking."

The next step is the initial appearance, which is also called an "arraignment." This is your first appearance in a courtroom before a judge. You will be informed of the charges against you, and there will be a bond you must pay before you can be released. In some cases, you have the option of being released On Your Own Recognizance (O.R.) without paying a bond.

•    Preliminary Hearing
If you have been charged with a felony offense, you have a right to request a preliminary hearing to determine whether there is enough evidence against you for a trial. Witnesses will be called and evidence will be presented. If the judge believes there is enough evidence that you have committed a crime, you will be given a trial date. If the judge determines there is not probable cause to determine that you committed a crime, the case will be dismissed.

There may be hearings on motions before you go to trial, however, the final step is the jury trial. A jury will hear evidence and decide if you are guilty of the charged crimes. The prosecutor is required to prove you committed the crime "beyond a reasonable doubt." Some defendants prefer a bench trial, where a judge decides whether you are guilty, rather than a jury.

Whether you are charged with a misdemeanor or a felony, the criminal justice system is difficult to navigate. You should have an experienced attorney who knows the law and can advise you on the best options for your situation. You can have a confidential consultation with one of our criminal lawyers today. Contact us today or call 405-542-2529 and one of our Oklahoma Criminal Attorneys will help.  Read more about our team, or continue reading and researching our free legal information library.